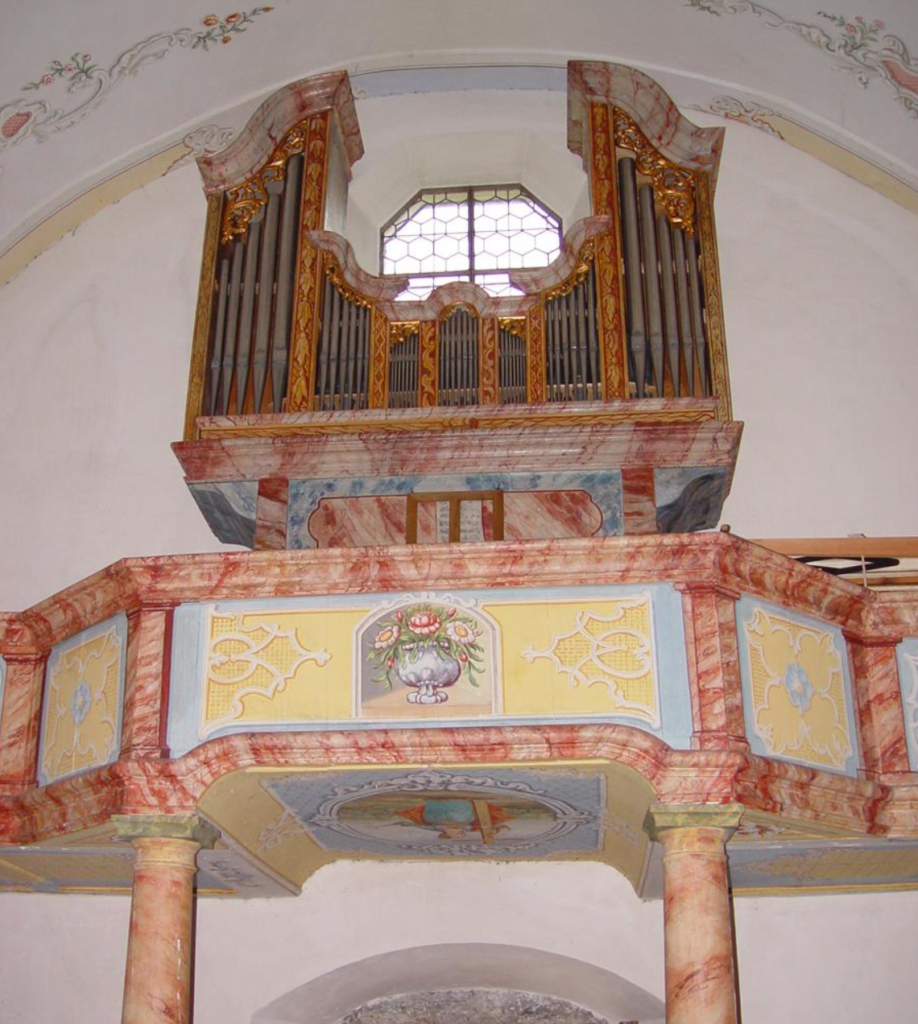 Description of the organ

The rescue and restoration of the organ of the St. Anthony of Reckingen chapel is one of the most spectacular cases in the history of our factory.

On February 24, 1970, the chapel was completely destroyed by an avalanche. A few days earlier, a violent avalanche had already caused extensive damage to Reckingen and caused the deaths of many people (mostly military). Access to the Upper Valais valley of Conches was blocked by the police and only holders of a special permit could access it by train.

In collaboration with the restaurateur Walter Furrer, from Brigue, we offered our help, free of charge, to the parish priest of the time. The reply we received said that the St Anthony’s Chapel had been completely destroyed and that the same was therefore true of the organ. Given the magnitude of the disaster, it was unlikely anything could be saved from the chapel. On the other hand, there were probably bigger problems to be solved at that time. Faced with our repeated insistence, the parish priest finally agreed to grant us permission to enter Reckingen.

When we arrived at the east exit of Reckingen and realized that the avalanche had thrown parts and objects from the chapel as far as the cantonal road, our initial optimism disappeared. It seemed really desperate to find any part of the small organ under the huge masses of snow. By gathering our strength and all our energy, we nevertheless managed to recover, piece by piece, the whole organ, with the exception of half a dozen pipes.

The pipes of the organ offered a distressing spectacle, because they were flattened and torn apart by the collapse of the vault. The box spring, made of a massive board, was swept away and torn clean. Several parts of the pipes were broken. The keyboard frame as well as the beautifully carved side parts were broken, as were the keys and of course all the traction and play. The buffet was broken and fragmented.

All the parts of the organ that were found could be stored in a dry and uninhabited room of Reckingen. On this occasion, I learned that in such precarious situations, one should never despair or give up too soon!

In fact, it was only four years later, on the occasion of the great restoration of the parish church, that the restoration of the organ in the Chapelle Saint-Antoine was decided. Until then, the chapel of Saint Anthony was totally destroyed and no one thought of rebuilding it in the near future.

The organ was first moved to Münster, where it served temporarily during the restoration of the local organ. He was then transferred to Obergesteln, where it was used for many years. Since with its seven sets, the organ could not fully fill the large room with tonicity, the parish finally decided to acquire a new, larger organ. That is why it was necessary, once again, to find a suitable place for the small organ. The parish and the municipality of Reckingen decided to bring the organ back to its original location, in the chapel of the moraine hill of the Blinnental valley. A revision, cleaning and post-tonation (adaptation to the chapel space) had become necessary and were carried out in 2000 by organ makers Füglister.

The Chapelle Saint-Antoine was built in 1769. Shortly after, an organ grandstand was installed and painted by Georg Pfefferle, who died in 1798. An identical painting is on the organ’s sideboard. This means that the construction of the small organ can certainly be dated between 1769-1798.

In 1802-1803, the «Orgelen Lauba», the organ of Lauba (tribune), was reportedly built by Joseph Blatter and Kasper Carlen in the church of Saint Anthony, east of Reckingen. This informs us about the possible period of the organ’s relocation to this chapel.